Last week more than 1,000 scientists from around the world engaged in a unanimous act of civil disobedience in protest against governments' inaction against the production of fossil fuels.

The project is called "Climate Ad Project", and involved scientists and researchers from 26 countries risking arrest by chaining themselves to the doors of banks that are funding fossil fuel projects. The organizer's planned day of disobedience was on April 6, and according to them, it was the "world's largest-ever scientist-led civil disobedience campaign".

US climate scientist Peter Kalmus, who works at NASA's Jet Propulsion Laboratory as a data scientist, chained himself to the door of a JP Morgan Chase bank in Los Angeles, which resulted in his arrest and then release. Many other scientists around the world that participated in the protests were also arrested and released.

JP Morgan Chase was recently discovered to be the biggest bank to provide funding to oil and gas projects in the world, hence the protests. Other scientists in DC chained themselves to the White House fence and, while being removed, demanded that President Joe Biden declare a "climate emergency". 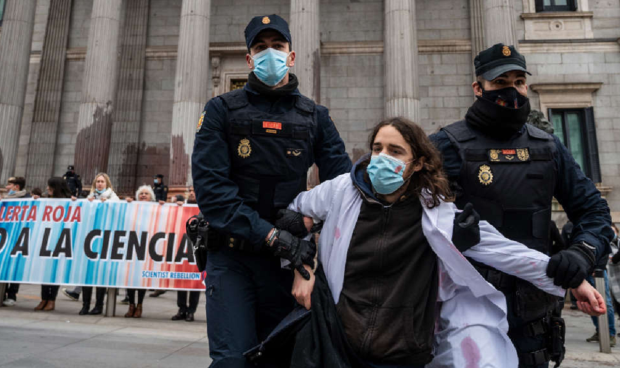