A NASA scientist has chained himself to a bank and been filmed giving a passionate speech about how Earth is "on track to be unlivable".

The NASA scientist is Peter Kalmus, a climate scientist and writer that currently works as a data scientist at NASA's Jet Propulsion Laboratory and is also an associate project scientist at UCLA's Joint Institute for Regional Earth System Science & Engineering. Last week Kalmus chained himself to the doors of a JP Morgan Chase bank in Los Angeles in a protest against banks funding fossil fuel projects that cause a negative impact on the planet.

Kalmus has taken to Twitter since his arrest and release by posting content about climate change as well as videos of him and other scientists conducting the protest. In the above-posted video, Kalmus can be seen giving an empowering speech where he warns that "we're going to lose everything, and we're not joking, we're not lying, we're not exaggerating". Kalmus goes on to explain that he is protesting "because scientists are not being listened to. I'm willing to take a risk for this gorgeous planet," Kalmus said, "for my sons." 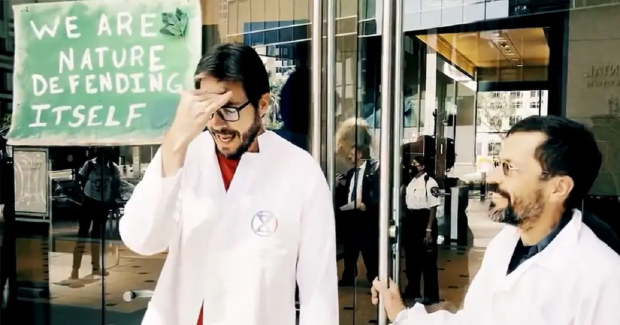