Earlier in the week, officials confirmed that an explosion on the surface of the Sun resulted in a plasma ball of charged particles hurled towards Earth. 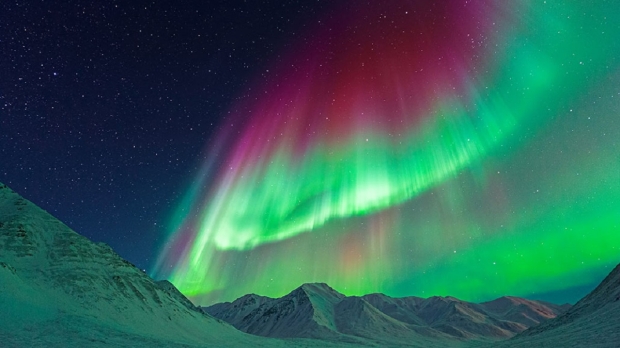 The plasma ball came from an eruption that occurred on April 11 when the "corpse" of a sunspot called AR29877 exploded and released a large amount of radiation into space. The explosion was followed by a coronal mass ejection (CME), a wave of charged particles, that was hurled toward Earth and expected to arrive on Thursday, April 14.

The interaction between the charged particles from the Sun and Earth's atmosphere causes a geomagnetic storm, which NOAA officials say will be at least a G2 on the G1 - G5 scale (G5 being the strongest). As explained by SpaceWeather.com, during a G2 geomagnetic storm, auroras can be seen much farther south than they typically would. Reports indicate that the CME impact will cause auroras to be seen as far south as New York and Idaho, giving individuals an incredible opportunity to take pictures of the beautiful auroras above.

Notably, it's very possible that by the time you have read this article that the CME has already hit Earth, which means there is a trove of new incredible aurora images snapped by astrophotographers around the world.