A study on the black hole titled "A dusty compact object bridging galaxies and quasars at cosmic dawn" has been published in Nature. 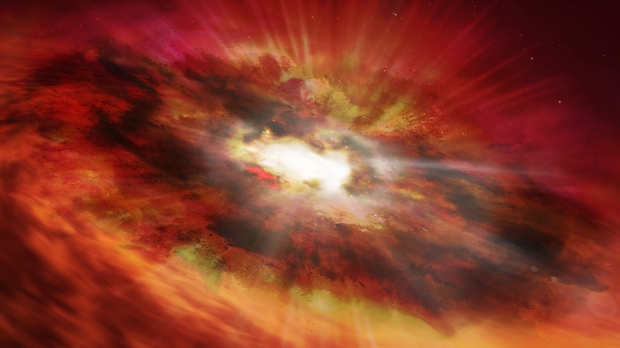 "Our analysis suggests that GNz7q is the first example of a rapidly growing black hole in the dusty core of a starburst galaxy at an epoch close to the earliest supermassive black hole known in the universe. The object's properties across the electromagnetic spectrum are in excellent agreement with predictions from theoretical simulations," said lead author Seiji Fujimoto.

GNz7q has qualities of both starburst galaxies and quasars but lacks some features usually associated with the latter. The black hole at its center is still growing, and it appears to be a precursor to the kinds of supermassive black holes and accompanying quasars observed elsewhere in the universe.