An unconfirmed video that has appeared on some news outlets suggests that Russia is moving military equipment to the Finland border.

The footage is unverified by Ukraine officials but shows Russian military vehicles on the move, which Newsweek reports to be K-300P Bastion-Ps, coastal defense missile systems. The video was uploaded by the Twitter user OSINTdefender spans 43-seconds, and the individual filming makes sure to showcase the nearby street sign that is directions to Helsinki, the capital of Finland.

Since the video is unverified, some people are speculating that it could be Russian propaganda deliberately released by the Kremlin. Finland declared independence from Russia in 1917 and is now preparing to make a historic decision to join NATO "before midsummer", a move that Russia has warned Finland against doing while also suggesting there will be some level of consequences if Finland follows through.

"I think we will end the discussion before midsummer. My guess is that the application will be filed sometime during the month of May," said Stubb. Adding, "We're able to mobilise 280,000 to 300,000 men and women within a matter of days." 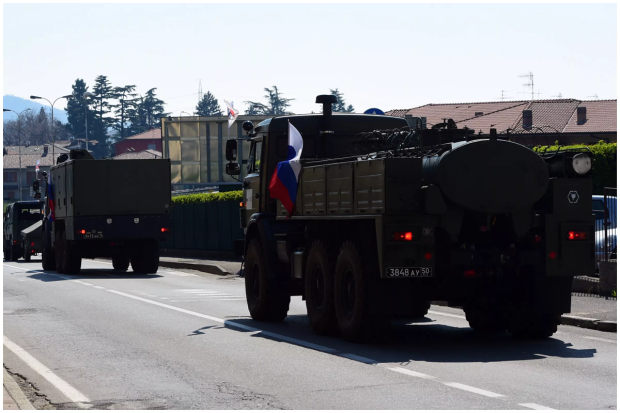