Officials have confirmed that on the surface of the sun, a dead sunspot has exploded, causing a large amount of plasma to be hurled into space.

According to SpaceWeather.com, on April 11, the "corpse" of the sunspot called AR2987 exploded and released a large amount of radiation, which was then followed by a coronal mass ejection (CME), an ejection of solar material or plasma. A sunspot is caused by contortions in the sun's interior magnetic field, much like a rubber band that has been stretched and released. These solar flares launch large amounts of radiation into space in all directions and are often followed by a CME, which is a large concentrated wave of charged particles.

Solar flares reach Earth within 7 minutes, while CMEs usually take about three days to reach Earth. When a CME impacts Earth, the charged particles interact with Earth's oxygen and nitrogen-rich atmosphere it assists in the creation of auroras that are commonly known as the Northern and Southern Lights. Furthermore, if powerful enough, the CME can cause interruptions for GPS coordinates, high-frequency radio degradation, and even impact electric grids.

As for the CME on its way, officials expect it will only cause a G2-level geomagnetic storm on April 14, which is a "moderate" categorization. 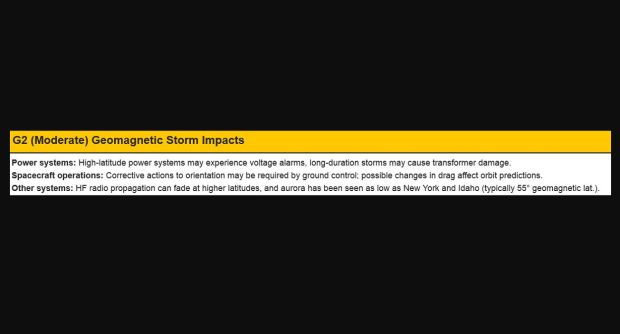