The United States government has confirmed that an object from interstellar space has crashed into Earth, confirming a theory by two Harvard astronomers.

The confirmation comes from US Space Command, which comes under the Department of Defense and was created to be responsible for military operations in outer space. The US Space Command took to its Twitter account to reveal a previously classified memo that confirms a meteor that was seen off the coast of Papua New Guinea in 2014 was of interstellar origin and now the first interstellar object to have reached Earth.

The two Harvard scientists, theoretical astrophysicist Amir Siraj and his mentor Avi Loeb identified the space rock three years ago, and according to Siraj, it was very difficult to get any information from the US government on the space rocks velocity, etc as it was all classified. The researchers penned a paper that has been awaiting peer review and sent it to The Astrophysical Journal Letters. The paper remains yet to be published but ended up making its way to Joel Mozer, chief scientist of Space Operations Command at the US Space Force. 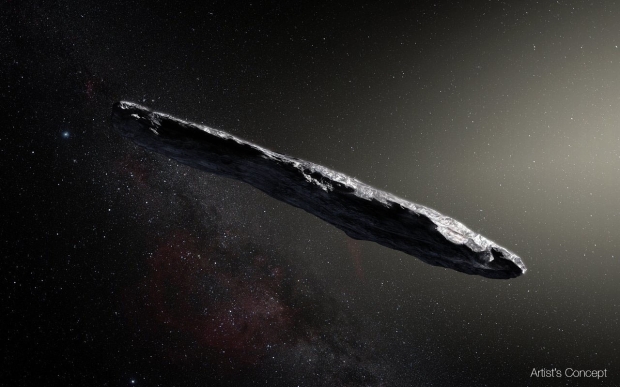 Now the two Harvard researchers are using the new official confirmation to push for their paper to be peer-reviewed and eventually published in a journal. As for the meteor itself, Siraj said it's likely no pieces made it to the surface of Earth as it exploded over an ocean. But for the first time ever, a space rock from outside of our own star system has crashed into Earth.

"It would be a big undertaking, but we're going to look at it in extreme depth because the possibility of getting the first piece of interstellar material is exciting enough to check this very thoroughly and talk to all the world experts on ocean expeditions to recover meteorites," said Siraj.