The Andromeda galaxy is the closest galaxy to the Milky Way, and eventually, it will collide with our galaxy to form one large galaxy. 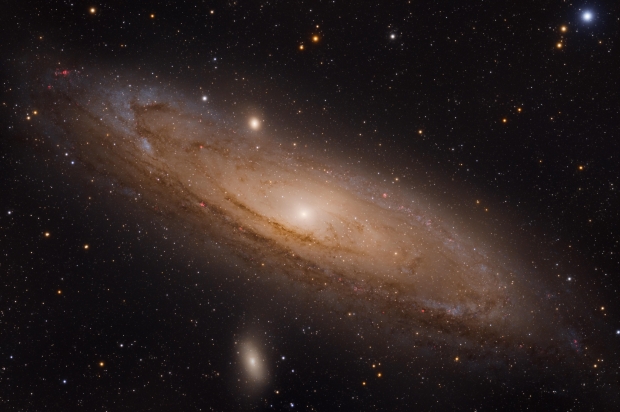 The collision between Andromeda and the Milky Way won't happen for around 5 billion years, so until then, we can still stand in awe at the beauty of the cosmos captured in various types of images. Recently, amateur astrophotographer Brennan Gilmore took to Reddit to share his image of Andromeda, saying that he had "finally taken a picture of the Andromeda Galaxy I'm proud of". The image blew up on Reddit, receiving more than 85,000 upvotes and numerous awards.

Gilmore explains that he began doing astrophotography in July 2020 throughout the pandemic lockdown. The above image was taken with a four-inch telescope over multiple nights in his backyard near Charlottesville, Virginia, US. Within the Reddit post, Gilmore writes that there are about 24 million pixels within the image when viewed in its full resolution and around one-trillion stars within the Andromeda Galaxy. "This means there is somewhere in the neighborhood of 21,000 stars per pixel in the galactic glow."

For those wondering what equipment Gilmore used to capture this stunning image, check out the below list.