Two passengers who attempted to open the cabin doors while the plane was flying have been fined more than $75,000 each. 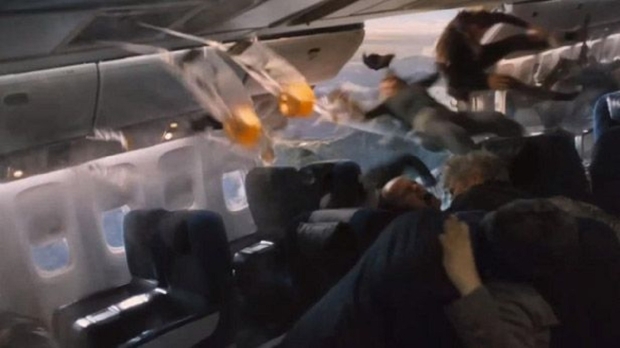 In a Friday press release, the Federal Aviation Administration (FAA) explained that two passengers have been sent fines of $81,950 and $77,272 after attempting to open cabin doors on an airplane while it was flying. The $81,950 fine came after the passenger attempted to attack a flight attendant and then proceeded to try to open the cabin door. Flight attendants tried to stop the passenger from opening the door and were repeatedly hit by the passenger, according to the release.

"After the passenger was restrained in flex cuffs, she spit at, headbutted, bit, and tried to kick the crew and other passengers," the FAA added. The $77,272 fine was slapped on a woman that attempted to hug and kiss the passenger she was seated next to. She then refused to stay seated and proceeded to walk to the front of the plane to open the aircraft doors to exit during the flight. Furthermore, the FAA says the woman bit another passenger multiple times.

Related: Here's what would happen if you opened an airplane door mid-flight

The passenger tried to "hug and kiss the passenger seated next to her; walked to the front of the aircraft to try to exit during flight; refused to return to her seat; and bit another passenger multiple times," said the FAA.

"If you are on an airplane, don't be a jerk and don't endanger the flight crews and fellow passengers. If you do, you will be fined by the FAA," US Transportation Secretary Pete Buttigieg told The View Friday.