Ukrainian officials have photographed a Russian rocket that was launched at a train station in eastern Ukraine, killing more than 30 individuals. 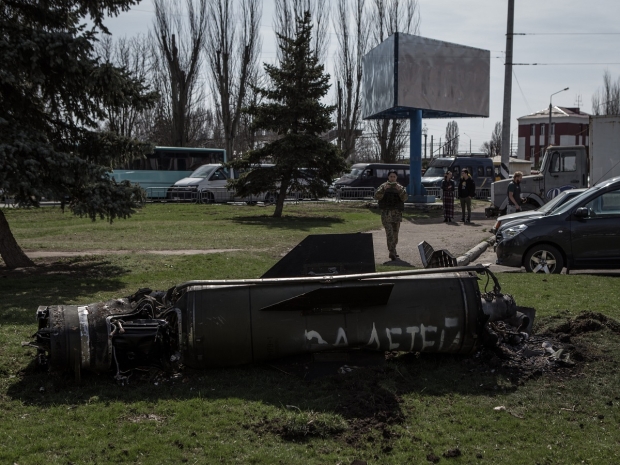 The Russian rocket collided with a train station in Kramatorsk on April 8, and according to Ukrainian officials, the people that were at the train station were civilians attempting to flee the city ahead of coming Russian attacks. The rocket was found and photographed by Ukrainians in the area, and on the side of the rocket, written in white paint, is the Russian phrase "For the Children". Out of the 50 people that are now confirmed dead from the attack, two were children.

According to reports from Business Insider, the phrase "For the Children" should be interpreted as the missile being sent in vengeance for children and not that it was meant to kill children. As Russia switches its focus onto eastern Ukraine and moves away from its capital of Kyiv, the Kremlin still continues to claim that Ukraine is firing on its own civilians and refuses to acknowledge that Russia has killed any Ukrainian civilians.

Ukraine's Foreign Minister Dmytro Kuleba commented on the brutal attack on Twitter, writing, "Russians knew that the train station in Kramatorsk was full of civilians waiting to be evacuated. Yet they [struck] it with a ballistic missile, killing at least 30 and injuring at least a hundred people. This was a deliberate slaughter. We will bring each war criminal to justice."