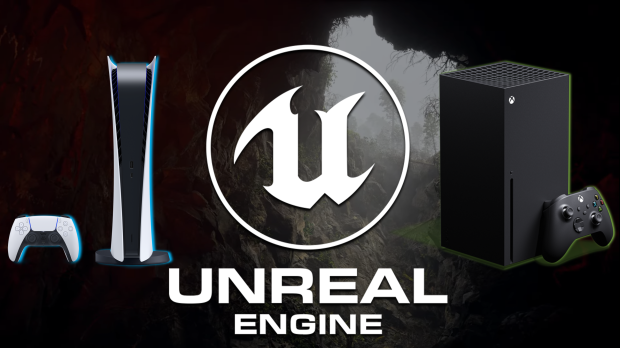 "Automotive designers, fashion designers, and architects are doing everything from design visualization to brand activations and entertainment across overs. Film and television producers are using Unreal for virtual production on set and for final pixels on the movie screen."

Epic has worked closely with Sony to ensure optimum performance on the PlayStation 5. Sweeney has also praised the PS5's powerful SSD by calling it "truly special." It's also worth mentioning that Epic Games now owns RAD Tools, the team behind the PS5's compression tech.

There's a good reason developers are using UE4 and UE5: efficiency, speed, and access to a vast amount of digital assets. Unreal Engine 5 in particular now features streamlined and optimized workflows alongside micro-polygon virtualization tech Nanite, which allows movie-quality megascans to effortlessly be imported into scenes in real-time, and lumen, a new global illumination tech for next-gen lighting.

"Unreal Engine 5 is the foundation for next-gen content creation."

Epic Games says that over 85 game development studios have teamed up to utilize UE5 in upcoming games. Projects include the new Witcher game, the upcoming Tomb Raider game from Crystal Dynamics, and a host of other unannounced projects.

As developers from independent teams to AAA powerhouses create their next-generation games, Epic has confirmed that over 85 game studios are already part of the UE5 community, with more on the way-representing a deeply talented pool of creative and technical talent around the world. This group includes The Coalition, CD PROJEKT RED, Crystal Dynamics, and many other world-class teams."