Officials recently warned that Earth is due to be impacted by a powerful solar storm on March 31 that will likely cause incredible auroras in certain locations around the planet.

The U.S. National Oceanic and Atmospheric Administration (NOAA) warned that active sunspot AR2975 erupted 17 solar flares over two days, resulting in two and possibly three coronal mass ejections (CME) to be hurled towards Earth. The massive wave ejected from the Sun is magnetized charged particles that are expected to hit Earth and trigger a moderate geomagnetic storm that NOAA has categorized as G3, which means it has little chance of causing any severe damage to infrastructure such as satellites.

The two CMEs heading for Earth have merged into what is called a "cannibal coronal mass ejection", which is when the second CME overtakes the first CME, combining together to form one large wave of charged particles. NOAA expects that the CME impact will trigger auroras that could be seen as far south as Pennsylvania, Iowa, and Oregon. 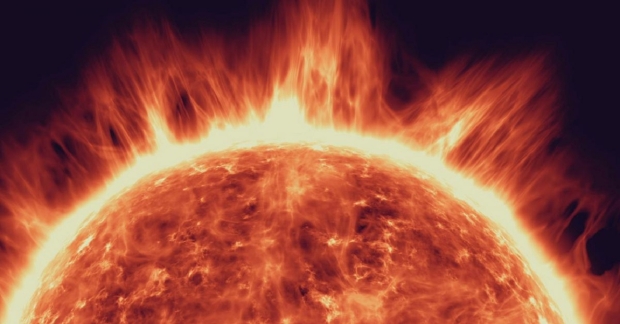