NASA and the European Space Agency's Hubble Space Telescope has broken a record for capturing the light from a star that existed within the first billion years of the universe.

Researchers have used the Hubble Space Telescope to identify what is now considered to be the furthest star that humans know of, breaking the previous record held by MACS J1149+2223 Lensed Star 1, which existed 4 billion years after the Big Bang. NASA has announced that the newly discovered star is called Earendel, which means "morning star," and is 12.9 billion light-years away from Earth.

The light from the morning star has taken 12.9 billion years to reach Earth which means that it existed when the universe was only 7% of its current age, or 900 million years after the Big Bang. Researchers estimate that Earendel is at least 50 times the mass of our Sun and millions of times as bright. Additionally, the newly discovered star isn't expected to have any metal and would mostly be composed of only hydrogen and helium. 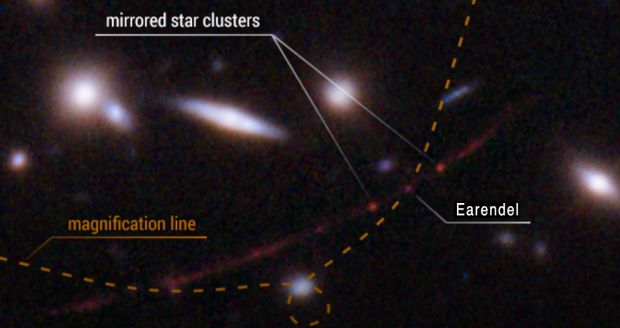 "Earendel existed so long ago that it may not have had all the same raw materials as the stars around us today. Studying Earendel will be a window into an era of the universe that we are unfamiliar with, but that led to everything we do know. It's like we've been reading a really interesting book, but we started with the second chapter, and now we will have a chance to see how it all got started," said astronomer Brian Welch of the Johns Hopkins University in Baltimore and lead author on the paper. 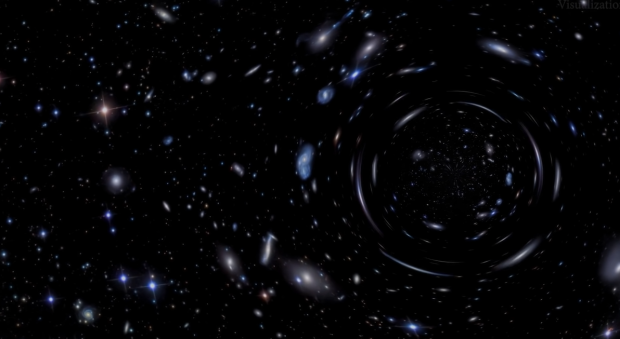 "With Webb we expect to confirm Earendel is indeed a star, as well as measure its brightness and temperature. We also expect to find the Sunrise Arc galaxy is lacking in heavy elements that form in subsequent generations of stars. This would suggest Earendel is a rare, massive metal-poor star," said study co-author Dan Coe at the Space Telescope Science Institute (STScI), also in Baltimore.