NASA has observed multiple solar eruptions on the surface of the Sun, which have resulted in coronal mass ejections being sent toward Earth. 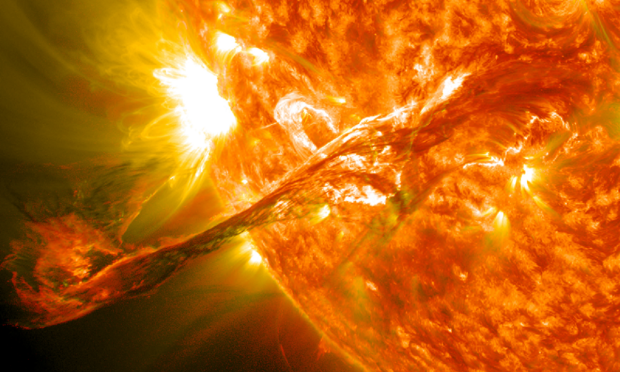 The solar flares are coming from the sunspot AR2975, which has been extremely active within the past two days by releasing at least 17 solar eruptions since March 28. The flares have sent coronal mass ejections (CME) in multiple directions, with some of the charged particles due to impact Earth and cause moderate to low geomagnetic storms.

According to both NASA and the National Oceanic and Atmospheric Administration, there are at least two CMEs heading towards Earth, with there being a possibility of a third on the way as well. Reports from SpaceWeather.com indicate that the first CME is due to arrive on Thursday, March 31, and the second on Friday, April 1. As previously mentioned, officials expect that the Sun blasts will cause G2/G3 geomagnetic storms that result in an increased chance of auroras.