The flying paramedics are from the UK-based charity, the Great North Air Ambulance Service (GNAAS).

In September 2020, the organization announced it was testing a jet-pack-equipped suit for the paramedics but had to suspend testing due to the ongoing Covid-19 pandemic. One of the members has since completed training with the jet-pack, with more members due to begin their training soon. The next stage of trials will begin this summer.

"We think the Jet Suit paramedic will speed up the response to some hard to access patients in the Lake District and allow us to reach more patients. But to know for sure, we are putting it to the test," said Andy Mawson.

The suit features two engines on each arm, and a larger engine on the back, providing 317 pounds of thrust. The pilot can control their movement with hand movements to direct the engines on the arms. Rather than taking a helicopter to reach a patient in the Lake District National Park in England, which takes between 25 and 30 minutes, the jet suit allows the paramedics to fly up the hill in only 90 seconds.

"We're still awestruck by it, everyone looks at the wow factor and the fact we are the world's first jet suit paramedics, but for us, it's about delivering patient care," Mawson said. 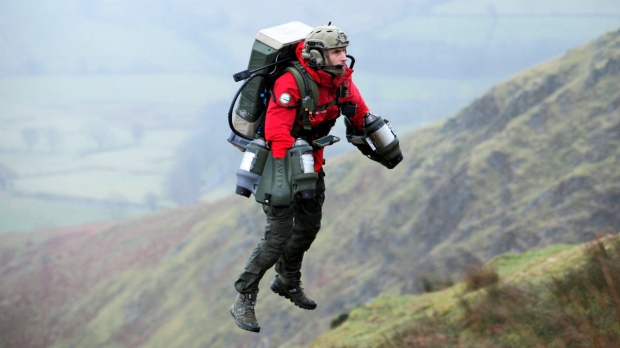