A spacecraft that is orbiting the Sun has snapped what is now officially the highest resolution image of the Sun's corona, its outermost atmosphere. 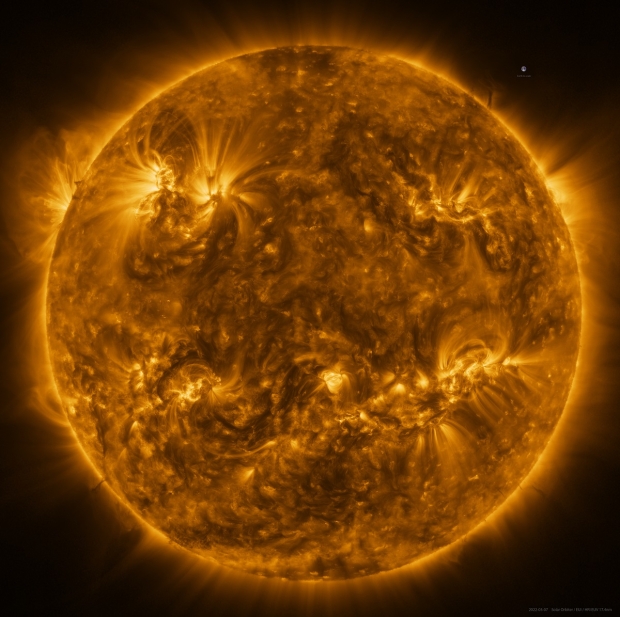 The image was snapped by the European Space Agency's Solar Orbiter that used its Extreme Ultraviolet Imager (EUI) to take 25 images with each at different angles. Each of the images was taken with 10 minutes of exposure and were stitched together to create an image that 9,148 by 9,112 pixels, which equates to 83 million pixels, or as the ESA writes, "a resolution that is ten times better than what a 4K TV screen can display."

Due to the insane resolution, viewers can zoom into different locations of the Sun and see the Sun's corona and solar 'prominences' that can throw "huge quantities of coronal gas into space and creating 'space weather' storms." The images were captured on March 7 at a distance of 46.6 million miles, which is about half of the distance between Earth's and its average orbit around the Sun. Over its lifetime, the ESA's Solar Orbiter will continue to monitor the Sun's solar wind and take incredible images.