A top Ukrainian official has warned that Russia is attempting to split Ukraine into two nations, similar to North and South Korea. 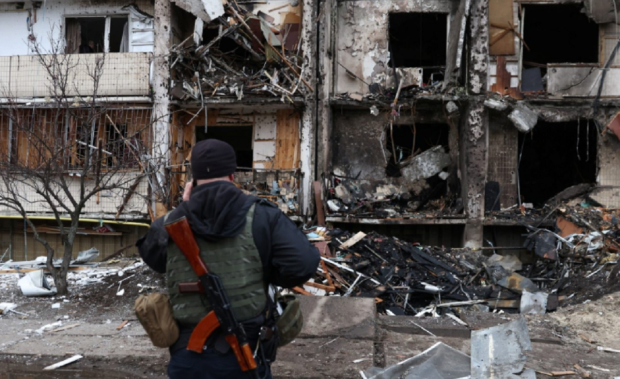 The President of Ukraine, Volodymyr Zelenskyy, recently gave a speech following some heated remarks from United States President Joe Biden. The Ukrainian president dropped stark comments aimed at the West that claimed the many nations "ping-pong about who and how should hand over jets" and other weapons that Ukraine has requested. Zelenskyy wished that the people making decisions about how and when to hand over jets and tanks to Ukraine had more courage.

"I've talked to the defenders of Mariupol today. I'm in constant contact with them. Their determination, heroism and firmness are astonishing. If only those who have been thinking for 31 days on how to hand over dozens of jets and tanks had 1% of their courage," said Zelensky.

Read more: Ukraine reveals how many anti-tank/aircraft missiles it needs per day

The head of Ukrainian military intelligence, Kyrylo Budanov, has said that Russia is attempting to split Ukraine into two nations and made a comparison to North and South Korea. Budanov said that Russia will try to accumulate all occupied territories and create "a single quasi-state structure and pit it against independent Ukraine."