US President Joe Biden gave a press conference in Brussels where he discussed what the US would do if Russia used chemical weapons in the Ukraine war. 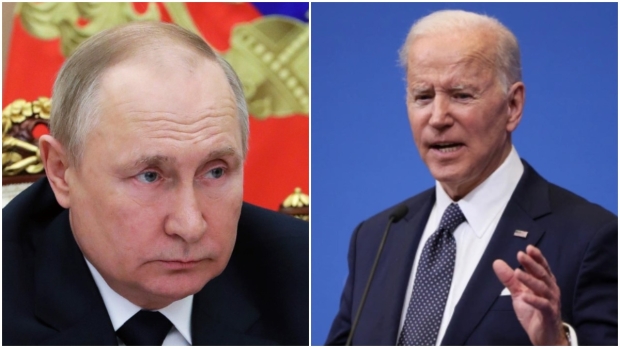 Biden told reporters in Brussels that the US "would respond" if Russia began using chemical weapons in the Ukraine war and that the level and nature of the response would depend on the "nature of the use" . Additionally, Biden declined to comment on what intelligence suggests to the US that Russia may be considering using chemical weapons while also not going into any specifics about what that kind of response the US would have.

"We will respond," Biden told reporters. "The nature of the respond will depend on the nature of the use." Adding, "It would trigger a response in kind. We would make that decision at the time." The US president comments on relations between the US and China, saying that China's President Xi Jinping understands that if China sides with Russia it would come at great economic cost, and that China's economy is much more reliant on the West than Russia.

"China understands its economic future is much more closely tied to the west than it is with Russia," said Biden.