One of Russia's top diplomats has warned that Russia holds the right to press the nuclear button if it feels threatened by NATO.

Adding, "So when you're dealing with a nuclear power, of course, you have to calculate all the possible outcomes of your behavior." The top Russian diplomat touched on the accusations from the US government that Russia has committed war crimes in Ukraine, saying, "I don't think we're committing war crimes in Ukraine. Of course, it's not up to me to assess. I'm not there. You're not there. You're looking at the videos, you're looking at the many of videos which are considered to be fake news. You believe one thing, I believe another thing."

The journalist that interviewed Polyanskiy showed him photographs of dead Ukrainian children and apartment buildings destroyed by Russian missiles. Polyanskiy denied and refused to believe that Russia was responsible for what was seen in the images and even suggested that Ukraine was attacking its own buildings and citizens to frame Russia.

"They were not targeted. We said from the very beginning, that our military is not a threat for the civilian population Ukraine," Mr Polyanskiy said. 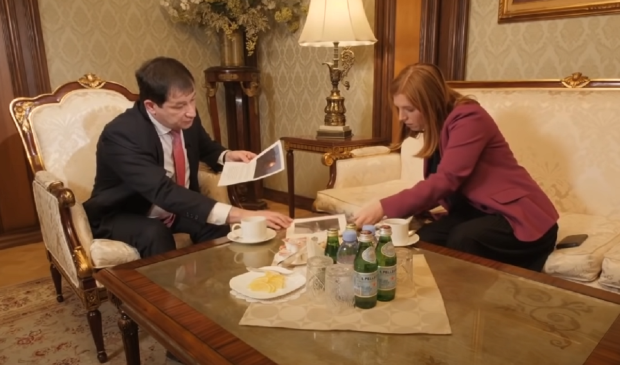