The Anonymous TV Twitter account took announced on March 24 that the Anonymous collective has "hacked the Central Bank of Russia" and has taken control of 35,000 files that contain "secret agreements". The Twitter post states that Anonymous will be releasing the large quantity of files in 48 hours, but didn't mention what the contents of the documents.

Anonymous announced at the end of February that it would be launching operations against the Russian Federation and that it will be targeting the Russian government. At the beginning of March a hacker group affiliated with Anonymous called "NB65" successfully hacked the Control Center of the Russian Space Agency "Roscosmos" and took control over the Kremlin's own spy satellites. Roscosmos denied claims of its control center being hacked. 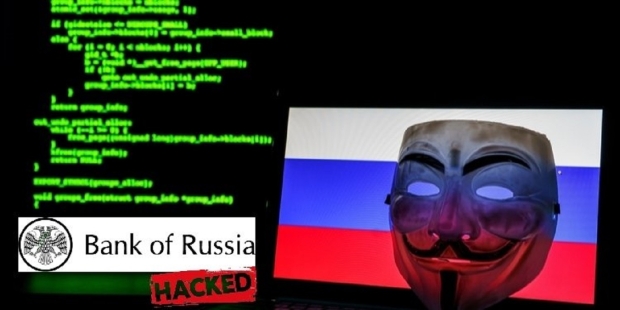