A 20-year-old Ukrainian adolescent has fled his country following Russia's invasion with nearly half of his life savings on a USB stick. 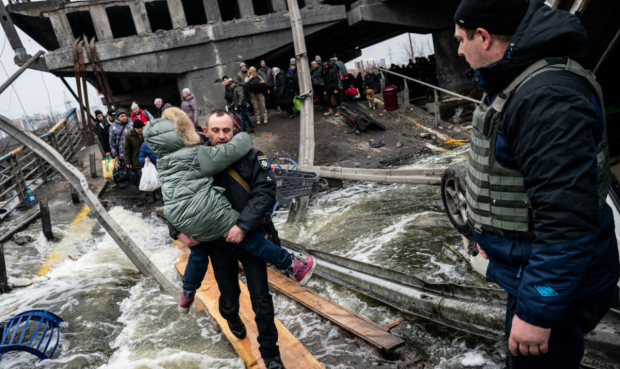 According to a report from CNBC, a 20-year-old Ukrainian man that goes by the pseudonym "Fadey" has escaped Ukraine following Russia's now fifth week of pushing towards Ukraine's capital, Kyiv. The 20-year-old spoke to CNBC and said that he had managed to get to Poland with a USB drive that contains 40% of his life savings in Bitcoin.

Fadey said that he converted 40% of his life savings into Bitcoin (BTC) as he was unable to withdraw cash from ATMs "because the queues to ATMs were so long, and I couldn't wait that much time". According to reports, the USB stick contains around $2,000 USD in BTC, and the funds can only be accessed by the unique passcode. Fadey said, "I could just write my seed phrase on a piece of paper and take it with me".

The 20-year-old man that is now safe in Poland isn't the only individual who has been assisted by cryptocurrency. Millions of dollars in various digital dollars have been donated to Ukraine relief, which was then used to purchase military supplies and aid.