Ubisoft has today announced a surprise Stranger Things x Far Cry 6 crossover event alongside a free weekend for the game. 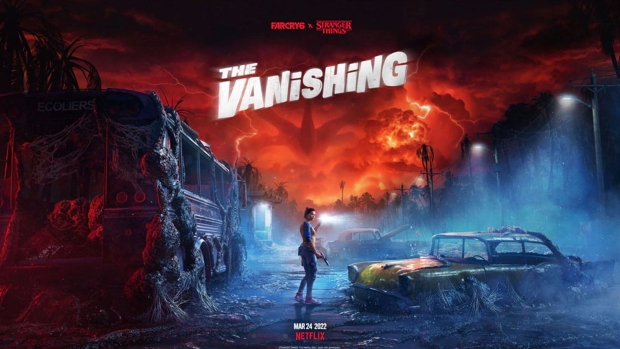 Far Cry 6 is also free to play on all platforms from March 24 through March 27, including co-op action and the free Vanishing crossover event.

In TweakTown's official Far Cry 6 review, I said that Far Cry 6 is easily the best Far Cry ever made and is one of the most enjoyable games of 2021.

To coincide with the free weekend, Ubisoft announced The Vanishing, a new free Stranger Things crossover mission, available March 24 for all Far Cry 6 players. The Vanishing will bring a stealth-horror-survival gameplay experience to Far Cry players for the first time with mysterious characters and new lore.

In The Vanishing, players will enter a twisted version of Yara inspired by the Upside-Down, where Dani discovers that Yarans are disappearing and no one is safe - not even Chorizo. Players will be able to explore Stranger Things-inspired locations, such as a hidden bunker and an abandoned laboratory. Dani's mission - with new skins for a flamethrower and shotgun - is to search for Chorizo and find out what happened to the abducted Yarans.