Ubisoft is streamlining its game development tools for work-from-home environments.

Today Ubisoft announced Scalar, a new cloud-based technology that will help its dev teams adapt to the new norms of remote work. Scalar makes lots of promises about massive game worlds filled with tons of players and AI, but Scalar's most useful function is its virtual machine access and emphasis on seamless hotfixes for live games.

Scalar essentially aims to bring Ubisoft's video games engines to the cloud where developers have worldwide access to the tools they need to make games. The idea is similar to how SEGA plans to use Azure to connect developers to virtual machine networks that will not only host and power the games themselves, but also the tools required to make the games.

"We are setting game-makers free of the restrictions of single-machine computing, transforming these engine systems into distributed services and allowing them to harness vast amounts of processing power in the cloud," Ubisoft's latest Scalar video says.

While the footage does seem to make embellishments, Scalar could be a vital tool for Ubisoft's digital-based future as it adapts to the new landscape of game development, which has pivoted more towards remote access.

"This enables the construction of gigantic game worlds at a scale far greater than anything that has come before. This technology is built to power the game worlds of tomorrow, to bring them to life it supports massive numbers of game assets, simulations, AI and player entities." 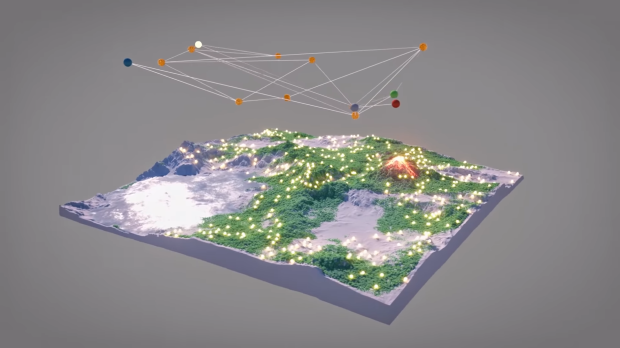