The threat of nuclear weapons has reared its ugly head recently, with Russian President Vladimir Putin announcing his country's nuclear forces were placed on "high alert," but who else has them?

According to the Arms Control Association, the world has nine nuclear states: China, France, India, Israel, North Korea, Pakistan, Russia, the United Kingdom, and the United States. It is estimated there are about 13,000 nuclear warheads in total, though this number is based only on publicly available information.

"We know which countries have nuclear weapons, but we don't necessarily know how many nuclear weapons they have; Israel, for instance, does not publicly acknowledge its program. The number of nuclear weapons China has is also a major subject of debate," Anne Harrington, a senior lecturer in international relations at Cardiff University in the U.K., told Live Science.

Following the Cold War, both the U.S. and Russia massively reduced their nuclear arsenals. The U.S. had a reported 31,225 nuclear weapons in 1967, down to 5,550 currently. In 1991, at the time of the collapse of the Soviet Union, Russia had 35,000 nuclear weapons spread across thousands of sites in Eurasia, spanning eleven time zones. Now, Russia is down to 6,257 nuclear warheads, according to the Arms Control Association.

However, Sara Medi Jones, a campaigner at the Campaign for Nuclear Disarmament (CND), told Live Science that the reduction is mainly due to "mainly due to them dismantling retired warheads," and that "there was actually an increase in deployed warheads last year [2021], and all nine nuclear-armed states are either upgrading or increasing their arsenals."

"Although it's difficult to know definitively exactly how nuclear arsenals are changing, we assess that China, India, North Korea, Pakistan and the United Kingdom, as well as possibly Russia, are all increasing the number of nuclear weapons in their military stockpiles," said Matt Korda, a senior research associate and project manager for the Nuclear Information Project at the Federation of American Scientists.

To read more about the current state of nuclear weapons, check out this article by Live Science. 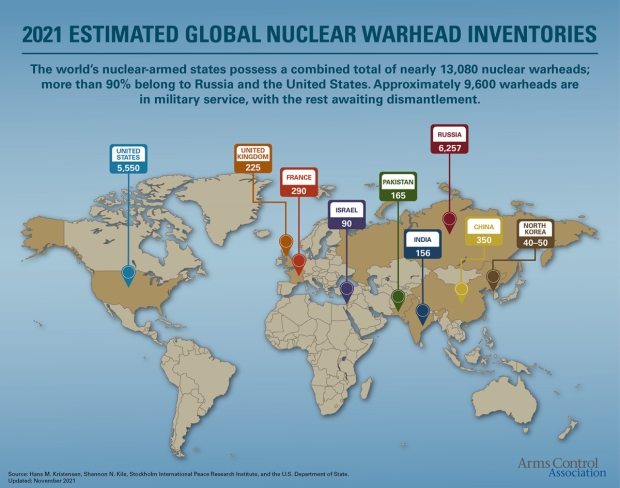 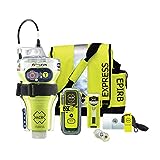