Apple unleashed its new M1 Ultra SoC last week, powering the new Mac Studio -- which can cost over $10,000 when configured high enough -- but the GPU inside of the new SoC was meant to beat the GeForce RTX 3090.

Inside of Apple's new Mac Studio is the M1 Ultra SoC with up to 21 TFLOPs of compute power, 128GB of unified memory, and a GPU that Apple marketed as offering performance of flagship GPUs like the RTX 3090 in "industry-standard" benchmarks... spoiler alert: it doesn't.

Diving right into some benchmarks, if we look at something like Shadow of the Tomb Raider... at 1080p the Apple M1 Ultra is doing alright, with 108FPS average. 96FPS average at 1440p is impressive, and 60FPS at 4K isn't bad at all for a tiny little SoC. The RTX 3090 rips it apart though... going against everything Apple said in its marketing. But that shouldn't surprise people at this point. 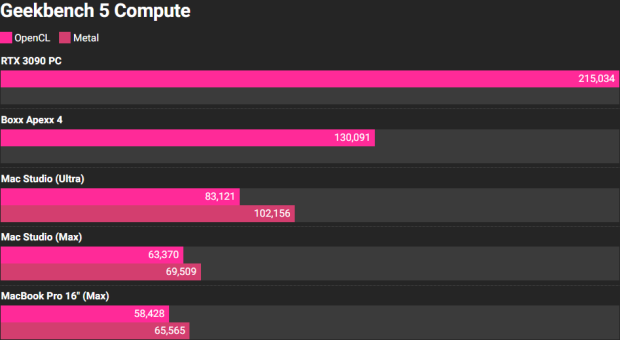 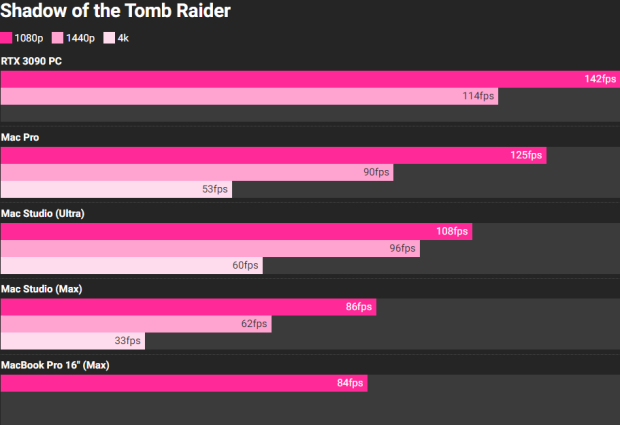