After completing lengthy "intense" discussions with the Chinese diplomats, US officials believe China has already decided it will fund Russia's invasion into Ukraine. 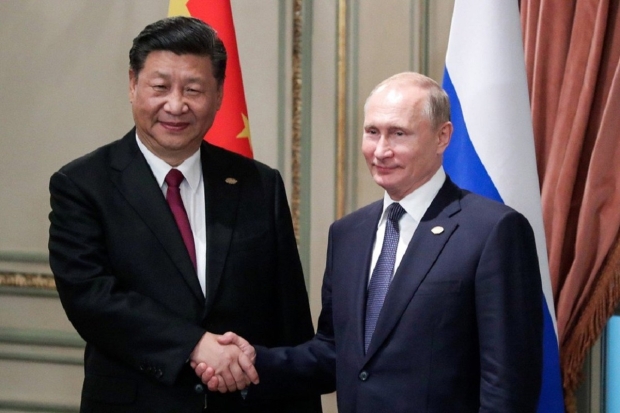 US national security adviser, Jake Sullivan, participated in a seven-hour meeting in Rome with top Chinese diplomats where presented a strong case against Russia's invasion into Ukraine beginning on Thursday, 24 February. A US official described the discussions as "intense", and when Sullivan was asked if the discussions could be declared a success he said China and the US are committed to keeping open lines of communications even in areas they disagree on.

While that is certainly a positive sentiment, US officials believe that the goal of getting China to reevaluate its position wasn't achieved, as the diplomats made it clear that they have already decided to provide economic and financial support to Russia. At the moment, Russia has $640 billion tied up in gold and foreign exchange reserves, and some of those reserves are in yuan, which is an avenue that China can assist Russia financially.

"It was an intense seven-hour session, reflecting the gravity of the moment, as well as our commitment to maintaining open lines of communication. This meeting was not about negotiating specific issues or outcomes, but about a candid, direct exchange of views," said a senior administration official.

"The key here is first to get China to recalculate and re-evaluate their position. We see no sign of that re-evaluation. They've already decided that they're going to provide economic and financial support, and they underscored that today. The question really is whether they will go further," said a US official close to the discussions.

"The United States believes that the key here is a careful process of dialogue and discussion with Europe about what China is revealing about its global policies and prioritiesOur goal basically is to carefully engage China, letting the Europeans know [what we are doing] all along, but if it becomes clear that [China] is moving in another direction, so be it," the US official said.