Russia is continuing its invasion into Ukraine, and amid constantly shelling on Ukraine's capital, an advisor for Ukraine's president has given a potential date for the end of the war between the two nations. 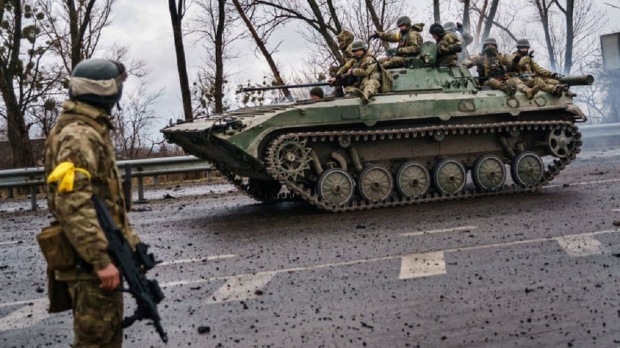 According to Oleksiy Arestovich, a Ukrainian presidential adviser, blogger, actor, political and military columnist, based on an estimation of total Russian resources, the war with Russia could possibly end in early May. The presidential advisor estimates that by the end of May, 2022, Ukraine and Russia will have entered into a peace agreement, but also said that this peace agreement could happen much earlier than May.

Arestovich went on to say that the war has reached a "fork" point where Russia will be forced to either strike a peace deal and withdraw troops completely, or send in more forces for "round two". Additionally, Arestovich said that a "completely crazy" scenario could be Russia sending in freshly conscripted military that have only had minimal training.

"I think that no later than in May, early May, we should have a peace agreement, maybe much earlier, we will see, I am talking about the latest possible dates. We are at a fork in the road now: there will either be a peace deal struck very quickly, within a week or two, with troop withdrawal and everything, or there will be an attempt to scrape together some, say, Syrians for a round two and, when we grind them too, an agreement by mid-April or late April," said Arestovich.

While Arestovich believes that a peace agreement is around the corner, he doesn't believe that there will be a complete ceasefire as small skirmishes could continue for up to a year.