Reports from numerous sources indicate that Russian forces are currently fighting for control over the city, as the Zaporizhzhia Nuclear Power Plant provides Ukraine with about one-third of its energy. ABC reports that Dmitri Orlov, the Mayor of Enerhodar, has taken to social media within the last couple of hours to announce that Russian troops have approached the power plant, and "as a result of continuous enemy shelling of building and units of the largest nuclear power plant in Europe, the Zaporizhzhya Nuclear Power Plant is on fire!"

Additionally, the Director-General of the International Atomic Energy Agency, Rafael Mariano Grossi, has warned that the situation was "critical", and urged military forces around the power plant to be cautious of the site. Above is a livestream of the nuclear power plant where you can see smoke billowing from buildings around the site. Scrubbing through the livestream I was able to find a close-up of a building that was on fire. 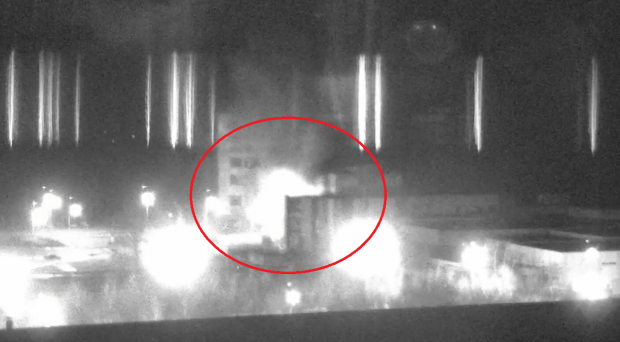