Russian forces are continuing their advance into Ukraine, and now reports indicate that military forces are currently battling around Europe's largest nuclear reactor.

A Russian military convoy was spotted heading towards the city of Enerhodar, located on the Dnieper River in Ukraine's south, and now reports indicate that a battle has broken out for control of the Zaporizhzhia Nuclear Power Plant, the biggest nuclear plant in Europe.

Aljazeera reports that Russian tanks and infantry were seen moving into the energy-producing city that operates the nuclear power plant that produces about one-third of Ukraine's electricity. The Director-General of the International Atomic Energy Agency, Rafael Mariano Grossi, warned that the situation was "critical", and urged military forces around the power plant to be cautious of the site.

"The IAEA continues to consult with Ukraine and others with a view to provide maximum possible assistance to the country as it seeks to maintain nuclear safety and security in the current difficult circumstances," Grossi said in a statement. 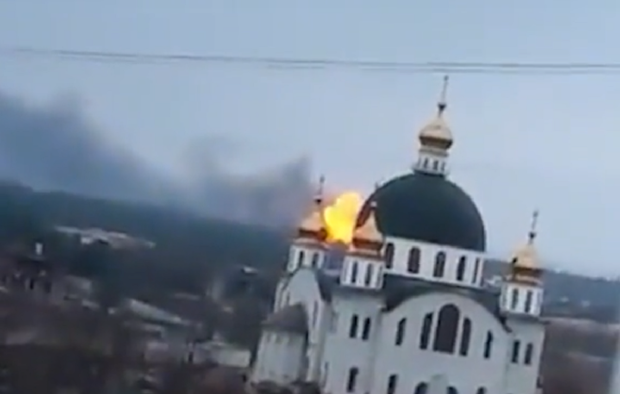