A study on the Earth's core titled "Superionic iron alloys and their seismic velocities in Earth's inner core" has been published in the journal Nature. 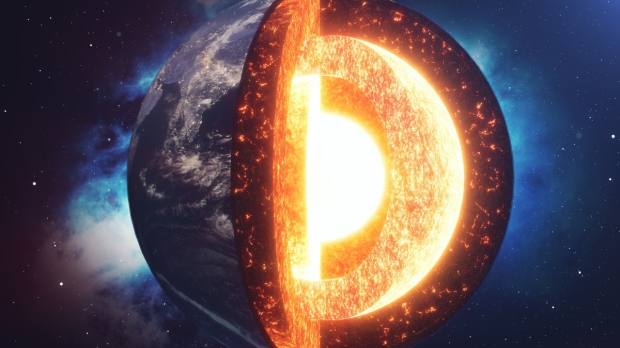 Scientists have thought of Earth's core to consist of a dense ball of solid iron alloy surrounded by a molten outer core. Computer simulations run as part of a new study suggest the inner core may instead exist in a "superionic state," where hydrogen, oxygen, and carbon molecules continuously swirl throughout a giant lattice of iron atoms.

As it is impossible to reach the planet's core with a probe, the researchers turned to simulation to understand the composition of the core. They used data from seismic waves, which pass through the Earth's core and reveal clues about it, with a program that replicates the high temperatures and pressures present at the core along with different elemental compositions. The simulation indicates the Earth's core is likely a superionic alloy, a framework of iron atoms, which other elements can freely move about in and around, driven by convection currents.

"We will have to wait until the experimental setting becomes ripe to replicate the inner core conditions and scrutinise the proposed models. We will then see which of the models are physical," Hrvoje Tkalcic, the head of seismology and mathematical geophysics at the Australian National University in Canberra, who was not involved in the study, told Live Science in an email.

"In the meantime, global seismology is making progress, with more seismological probes becoming rapidly available, and we hope to constrain some of the key parameters determining geophysical models of the inner core in this coming decade," Tkalcic continued.