Law enforcement has been contacted by the Ontario Securities Commission (OSC) regarding tweets from the CEOs of two cryptocurrency exchanges.

The OSC recently contacted the Royal Canadian Mounted Police (RCMP) about tweets that were published by Coinbase CEO Brian Armstrong and Kraken CEO Jesse Powell. The tweets from both the CEOs reportedly have criticized the Canadian government's decision to implement the Emergencies Act in response to the recent Ottawa convoy protest.

An Ontario Superior Court judge ruled that millions of dollars worth of cryptocurrency owned by Ottawa protesters to be frozen, which included banks that were holding crypto assets for some protesters. The ruling prevents protesters from "selling, removing, dissipating, alienating, or transferring" any crypto assets.

Under the Emergencies Act, banks are able to freeze or temporarily suspend back accounts without receiving a court order. However, many of the protesters were using self-custodial wallets that are controlled by the individual and not a third party, such as a bank or an exchange. Decrypt reports that self-custodial wallets almost make it impossible for law enforcement to freeze an individual's funds.

Jesse Powell recommended that people don't fund causes "directly from custodial wallets" and that people that want to fund causes should "withdraw to non-custodial" before sending anything. Additionally, Powell said that the Kraken exchange will eventually be forced to company with the demands of law enforcement and that if any users are concerned about their funds, they should remove them from the exchange. 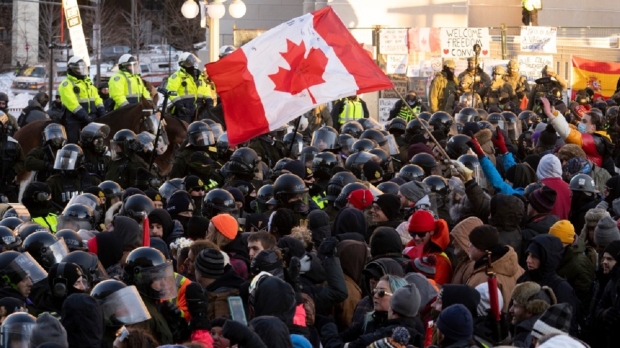