A new study that has yet to be peer-reviewed has explored the capabilities of NASA's James Webb Space Telescope (JWST) and whether it's possible the world's most powerful space telescope will be an instrument that reveals alien life on other worlds. 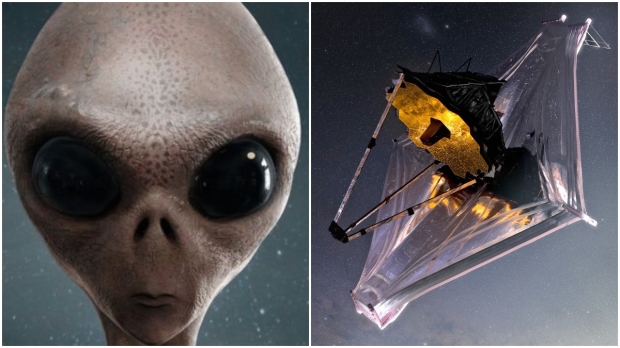 The best way researchers can find alien life on other worlds is by collecting information about a planet and comparing that information to how humans evolved on Earth. Humans produce quite a lot of chemicals into the atmosphere, as well as large amounts of heat, and if researchers were hunting for intelligent alien life, they would observe the atmosphere of a planet look for evidence of chemicals that wouldn't be in the atmosphere without some kind of external intervention.

It's possible that since humans are using chemical detection in the atmosphere to search for life that aliens are doing so as well, which means that the chemicals humans produce into the biosphere that are, not only slowly killing the planet, may also be acting as a cosmic flare to anyone looking. Within the new pre-print study, researchers proposed how scientists would search for these chemical compounds that wouldn't usually be in the atmosphere of planets, and suggested specifically searching "potent greenhouse agents with long atmospheric residence times".