The European Space Agency (ESA) has published a first-of-its-kind image that showcases a giant solar eruption. 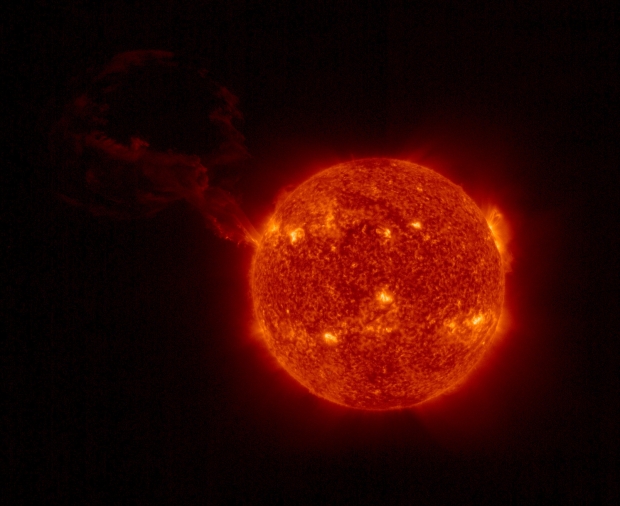 The ESA has taken to its website to publish an image captured by the ESA/NASA Solar Orbiter that showcases what is called a "solar prominences", which are "large structures of tangled magnetic field lines that keep dense concentrations of solar plasma suspended above the Sun's surface." These solar prominence's often appear as long filaments that look like arching loops. Additionally, the ESA says these eruptions are regularly associated with coronal mass ejections (CME).

The ESA explains that on February 15 a coronal mass ejection occurred on the Sun, which resulted in a large amount of charged particles being ejected out of the Sun. These CMEs can cause geomagnetic storms on Earth if the blast is directed towards our planet, but in the instance of the CME that occurred on February 15, it was heading in the opposite direction. 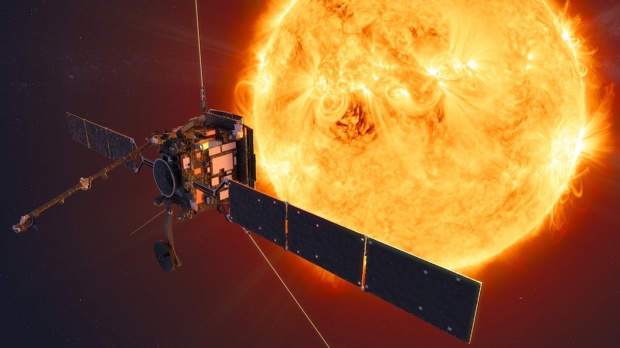 The solar orbiter was able to capture the event with the 'Full Sun Imager' (FSI) of the Extreme Ultraviolet Imager (EUI) and was deemed "the largest solar prominence eruption ever observed in a single image together with the full solar disc" by the ESA.