Astronauts aboard the International Space Station (ISS) peered down at Earth and witness an erupting volcano that was spewing lava and smoke.

Being 250 miles above the surface of the Earth provides a fantastic vantage point for viewing the surface of the Earth, and while astronauts are unable to see objects such as cars and people, they can observe natural events such as hurricanes and volcanoes. European Space Agency (ESA) astronaut Matthias Maurer posted to Twitter an image of Mount Etna erupting and the image showcases a plume of smoke billowing from the volcano's summit.

Maurer wrote in his post that "Etna is clearly smoking (and spitting lava as I learnt from the news)". Maurer wasn't the only astronaut aboard the ISS to spot the active volcano as Russian cosmonaut Anton Shkaplerov reported on the event, writing, "Red-hot lava flows out of the crater, and clouds of ash and smoke are in the sky over Sicily. The activity of the volcano then stops, then resumes with a series of powerful explosions." Space.com reports that Mount Etna was extremely active throughout 2021 and as a result grew by about 100 feet in just 6 months. 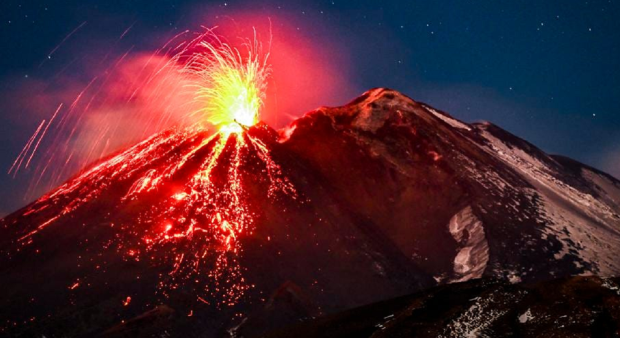