YouTuber Coffeezilla has performed an investigation into several NFT projects and found that the owners are working together to pump their project's value artificially.

Before the launch of the NFT project "Squiggles," a 60-page dossier was published that accused the owner of the project of being a "puppet owner" for a group of three individuals Gavin, Gabe, and Ali. The dossier not only accuses the three individuals of being behind Squiggles but also being behind past NFT scam projects such as League of Divine Beings, Vault of Gems, Sinful Souls, Dirty Dogs, and more.

Screenshots also revealed the owners communicating about conducting a fake giveaway by sending money to a friend's account. This fake giveaway was for marketing purposes to generate hype for one of the projects, in an effort to raise awareness and artificially increase the project's value. After being exposed for being behind several NFT scam projects, the team of scammers hired individuals to appear as the owners of new projects, and one of these projects was Squiggles.

Squiggles was meant to be the team's most lucrative project that they have created, but before the launch, the three of them were caught hanging out together at clubs and bars by people comparing each of their Instagram stories. The launch of the Squiggles project was discovered a series of shadow wallets were created by just one person and these accounts moved around $7 million of Squiggles by purchasing the NFTs and re-selling them on OpenSea for lower than they purchased them for. It's suspected that the wallets are owned by the project owners and are being used to make it look like the project is being traded regularly.

To find out more about this story, check out the above video. 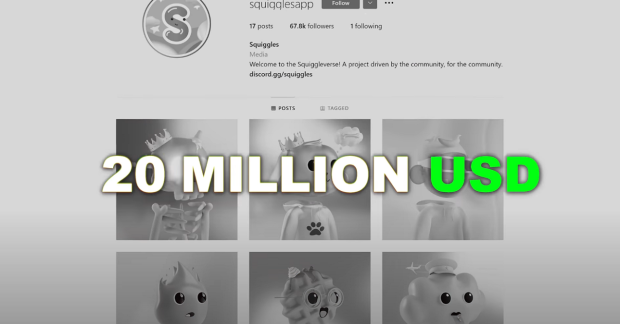