A team of researchers have devised a plan that includes using lasers to power up a spacecraft that could be used to resupply Mars colonists. 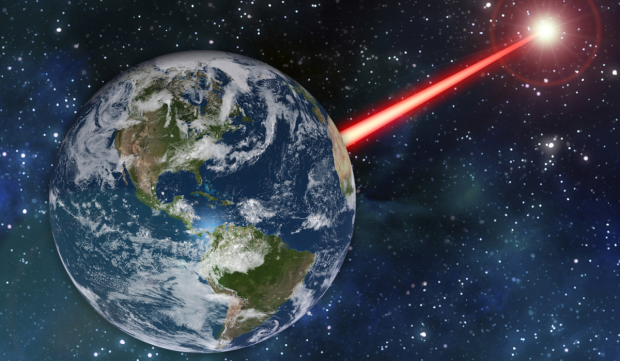 There are many challenges the human race faces when it comes to colonizing Mars, and one of them is how Earth is going to resupply colonists in a short time frame. At the moment, it will take around seven months to reach Mars, but a newly proposed idea from a team at McGill University may be able to reduce that time to just 45 days. The researchers suggest using a 10-meter wide laser array located on the surface of Earth to heat up hydrogen plasma on an orbiting spacecraft.

The lasers would heat up the hydrogen plasma until there is enough superheated hydrogen gas to propel the spacecraft all the way to Mars. This form of propulsion is called "laser-thermal propulsion". The researchers detail in their paper that the supply ship could use Mars' thin atmosphere as a way of slowing the spacecraft down through a maneuver called an "aerobrake". If this can be achieved, it would mean that the craft wouldn't need any chemical fuel onboard to slow down as a traditional spacecraft would.

"Laser-thermal propulsion enables rapid transport missions of one ton with laser arrays the size of a volleyball court," said Emmanuel Duplay, the lead author of a paper and a former student at McGill University's Summer Undergraduate Research in Engineering Program.