AAA-game publishers and developers are looking towards the emerging NFT and cryptocurrency space as a place of expansion and it seems that Ubisoft has taken the big leap of faith.

Ubisoft has announced a new partnership with Ethereum-based metaverse game The Sandbox, and the partnership features Ubisoft having its own plot of virtual land within The Sandbox metaverse. The publisher is free to monetize its plot of land however it wants, and will be launching an interactive space for gamers to enjoy, while also allowing for users to play around with Rabbids in the VoxEdit and Game Maker tools.

Decrypt reports that Ubisoft isn't going to stop at Rabbids invading The Sandbox, as it plans on introducing many more characters from its numerous franchises into the up-and-coming metaverse. It's possible that gamers could see characters from the Assassin's Creed franchise, Far Cry, or Rainbox Six Siege, enter The Sandbox metaverse throughout 2022.

"The Sandbox is welcoming all creators alike, whether born in web3 or already established game studios. We're pleased to see a company such as Ubisoft embrace the values of decentralization and let fans play with the Rabbids in novel experiences owned by their creators. The moment aligns with our mission to build the open metaverse, where everyone is welcome," said The Sandbox co-founder and COO Sebastien Borget to Decrypt. 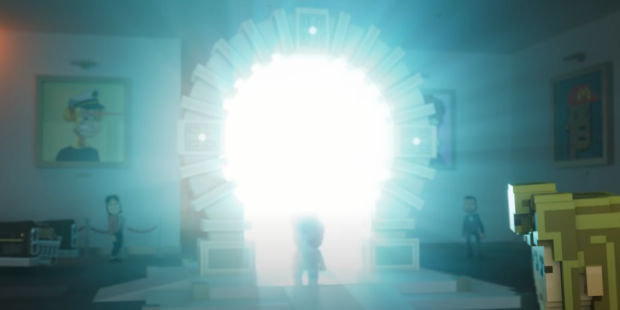