Sony currently has about $10 billion left to spend on future acquisitions, buyouts, and share buybacks. 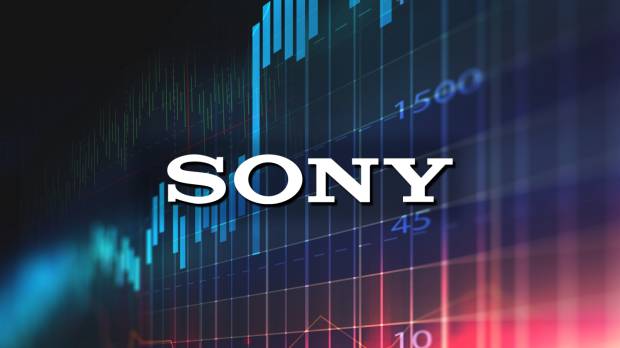 Back in May 2021, Sony outlined its spending budget for its fourth mid-year plan which stretches from FY21 - FY23 (March 2024). The company's board of directors authorized a 2 trillion yen budget (roughly $17.4 billion) for strategic investments, acquisitions and buyouts, and share repurchases.

Sony has now revealed it has spent 850 billion yen (roughly $7.4 billion) of its allocated budget, leaving about $10 billion left for further purchases. Sony's current bill includes the substantial $3.6 billion buyout of Bungie, as well as billions in share buybacks. 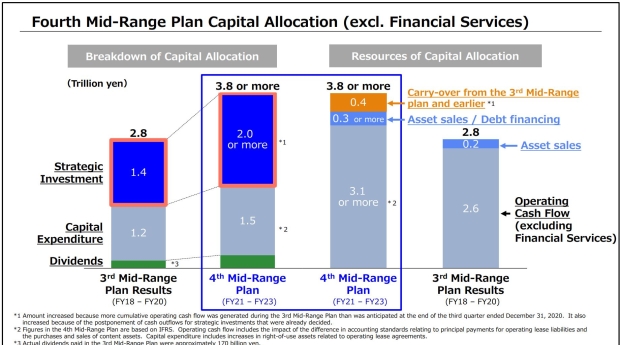 The bulk of Sony's spending was made on content IP, which follows the current feeding frenzy for games and franchises, and the lion's share was spent on its Games and Network Services segment.

What's interesting is that the $7.4 billion investment total also includes deals that haven't been made public yet. Sony Interactive Entertainment President Jim Ryan said more acquisitions are coming: "We should absolutely expect more. We have many more moves to make." 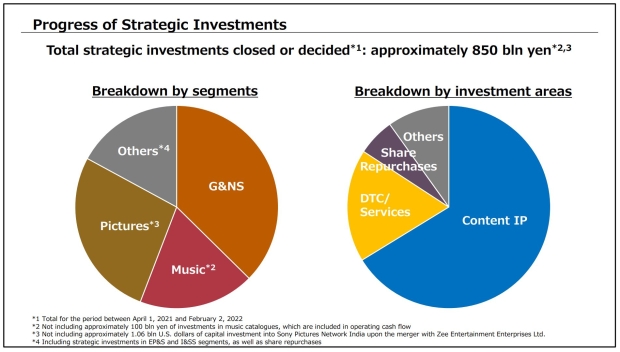 "The amount of capital allocated to strategic investments, including the acquisition of Bungie...and repurchases of Sony stock, from the beginning of this fiscal year until today, and including acquisitions and asset purchases that have closed as well as those that have been decided but not closed, totals approximately 850 billion yen."