NASA has taken to its blog to provide an update for the world's most powerful space telescope - the James Webb Space Telescope.

In a recent statement from the space agency, now that the James Webb Space Telescope (JWST) has arrived at its destination of Lagrange Point 2 (L2), a specific point in space that keeps the Earth in between the Sun and the telescope at all times, the months-long process of getting all of JWST's instruments up and running can begin.

NASA writes that the JWST team is currently preparing to turn off its heaters that have been keeping its extremely sensitive instruments nice and warm throughout its journey. JWST's Mid-Infrared Instrument has an operating temperature of -449 Fahrenheit, as its designed to observe the middle of the infrared spectrum. If an object is warm on JWST, it may interfere with the observations made by the telescope, hence the operating temperature being so low.

The mission operations team's next major step is to turn off instrument heaters. The heaters were necessary to keep critical optics warm to prevent the risk of water and ice condensation. As the instruments meet pre-defined criteria for overall temperatures, the team is shutting off these heaters to allow the instruments to restart the months-long process of cooling to final temperatures.

When NIRCam reaches 120 kelvins (approximately -244 degrees Fahrenheit, or -153 degrees Celsius), Webb's optics team will be ready to begin meticulously moving the 18 primary mirror segments to form a single mirror surface. The team has selected the star HD 84406 as its target to begin this process. It will be the first object NIRCam "sees" when photons of light hit the instrument's powered-on detectors. The process will essentially create an image of 18 random, blurry points of light.

For the first few weeks of mirror alignment, the team will keep the instrument trained on the star while they make microscopic adjustments to the mirror segments; ultimately that collection of 18 blurry dots will become a focused image of a single star. Cooling of the telescope and instruments will also continue over the next month, with the near-infrared instruments ultimately reaching 37-39 kelvins. The cryocooler will cool MIRI to 6 kelvins in the following months. 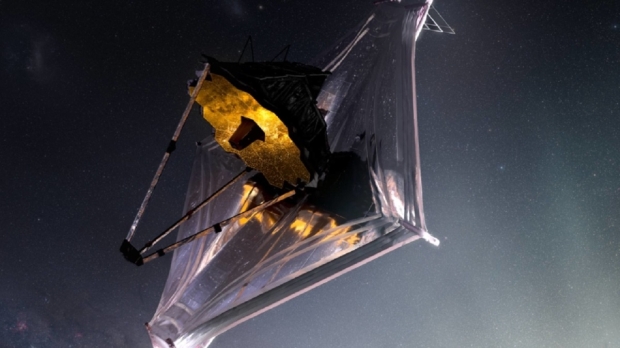