Officials reported that a big sunspot group erupted on January 30, causing a long-duration M1-class solar and a coronal mass ejection to be hurled towards Earth.

SpaceWeather.com reports that the eruption happened during the early hours of Saturday morning and caused a large explosion on the surface of the Sun. It should be noted that the M1-class solar flare is a medium-sized solar flare and isn't going to wipe out the human race. However, flares of this power can cause communications issues for satellites as well as radio blackouts on Earth.

The solar flare came from sunspot group AR2936, and the burst lasted four hours, hence the name "long-duration". As for the coronal mass ejection (CME) - charged particles ejected from the Sun's corona - the National Oceanic and Atmospheric Administration (NOAA) predict that the blast will hit Earth on Wednesday, February 2, and may cause G2-class geomagnetic storms which are "low hazard". On a more positive note, the CME from the Sun could cause auroras to appear in the sky from the Arctic Circle to the northern United States. 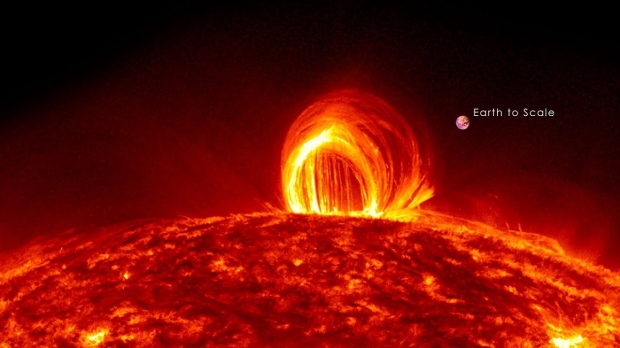