A team of researchers have found evidence for a solar storm occurring 10,000 years ago during one of the "quiet" phases of the Sun. 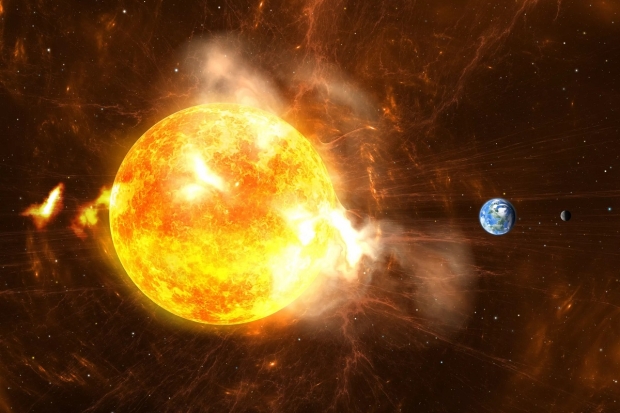 The new study was published in the journal Nature Communications and involves an analysis of ice cores from Greenland and the Antarctic. Researchers explain that the Sun goes through a solar cycle that ranges 11-years, and at the beginning and end of the solar cycle, the Sun is at what is called its "solar minimum". During the middle of the cycle, the Sun is at its "solar maximum". Throughout the solar minimum, the Sun isn't very active, meaning the frequency of energy the Sun emits is reduced compared to the time frame of the solar maximum.

The energy emitted from the Sun can impact Earth and cause geomagnetic or solar storms in Earth's upper atmosphere. These storms can be dangerous for astronauts on missions outside of Earth's protective magnetic field, cause communication problems with satellites, and even disrupt electricity grids across the planet. The energetic particles colliding with Earth's atmosphere produce radioactive isotopes called beryllium-10 and chlorine-36.

Researchers analyzed ice cores from Greenland and Antarctica for the aforementioned isotopes and found that an intense solar storm occurred 9,125 years ago during the Sun's solar minimum. The researchers wrote that if this level of solar storm happened today it could have devastating effects on the planet, which is why its important that a deeper understanding of the relationship between the Sun's solar cycle and solar storms needs to be established.

"This is time consuming and expensive analytical work. Therefore, we were pleasantly surprised when we found such a peak, indicating a hitherto unknown giant solar storm in connection with low solar activity," said Geology researcher Raimund Muscheler in a statement with Lund University.

"These enormous storms are currently not sufficiently included in risk assessments. It is of the utmost importance to analyze what these events could mean for today's technology and how we can protect ourselves," Muscheler said.