Actor Tom Cruise has sat down with NASA astronaut Victor Glover to talk about the experiences of being an astronaut and what it's like to spend extended periods of time aboard the International Space Station (ISS).

Cruise is interviewing Glover ahead of his scheduled time aboard the International Space Station (ISS) to film a movie. Glover was a part of the first operational crew mission to the ISS in November 2020 that used SpaceX's, now frequently used, Crew Dragon spacecraft. Cruise and Glover discussed what it's like to experience the g-forces created by the rocket launch, as well as what it's like to sleep aboard the floating laboratory.

Another topic discussed was the smell of the International Space Station, where Glover says that the ISS smells very much like a hospital, with it similarities being that it smells like a sterile, antiseptic, germ-free environment. Additionally, the NASA astronaut says that the smells are localized, but the module on the space station that houses all of the workout equipment as well as the bathroom smells like a "locker room".

"When you first get to space station is when you notice the smell the strongest because you kind of get saturated and you get used to it after, but it was an interesting combination. And again, it's also local. When you go into the module that has the lifting, the strength training equipment, that's also where the bathroom is. So, that's the most odoriferous module. That one smells like a locker room."

"And so, the overall space station, it smells very much like a factory. It has this machine, sterile, metallic quality to it. It very much smells like a workspace. You know, when you walk into a hospital, you sense that, yeah, this smells like a hospital. It's got this antiseptic, germ-free quality, and so, we work really hard to keep it clean. And it just, you know, between all the machines and the fans on the computers and the power boxes on all the hardware, there's this hum, and there's a smell."

"There's a visual, and there's a sound of the space station that kind of, it's almost like a living thing, and it's neat because if that ever changes, you know the ground did something or something broke, and all of us would hear something shut down and go, uh-oh, something just changed, and the ground would call you. So, you get used to all of those qualities of the space station. It's almost like another crew member up there that you get used to the personality and the characteristics of ISS." 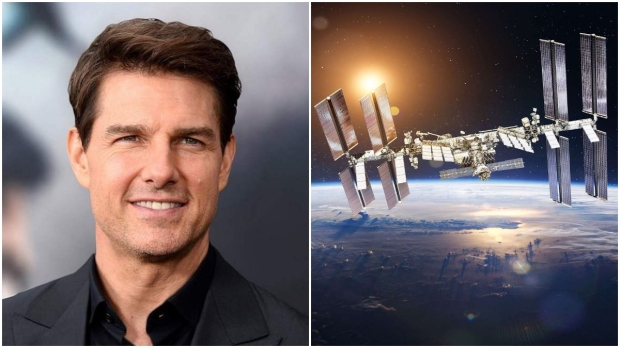