The International Space Station (ISS) is an incredible vantage point to photograph the surface of the Earth, and some of the images are so beautiful that they could be hung on your wall. 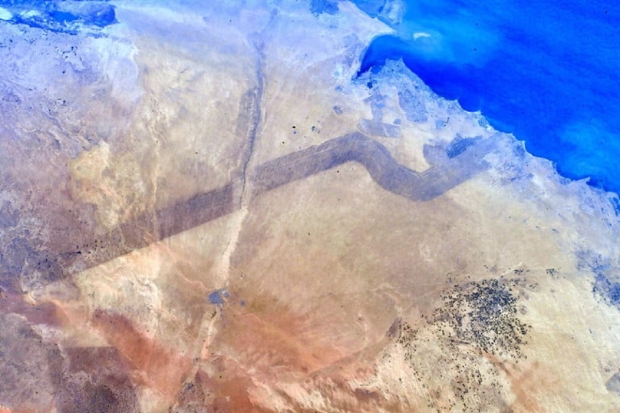 The International Space Station orbits Earth at an altitude of 250 miles, providing a very high position for photography of the Earth's surface. The two images found above and below were recently snapped by European Space Agency astronaut Matthias Maurer and showcase the Arabian Peninsula.

Matthias wrote on Twitter that he wonders what these shapes and lines in the desert are, to which people replied, on the above image, saying the black line is the border between Saudi Arabia and Kuwait. The image below showcases the stark red sands of the Saudi Arabian desert that Digital Trends reports are apart of the ad-Dahna desert that is located 200 miles northwest of the capital of Saudi Arabia, Riyadh. 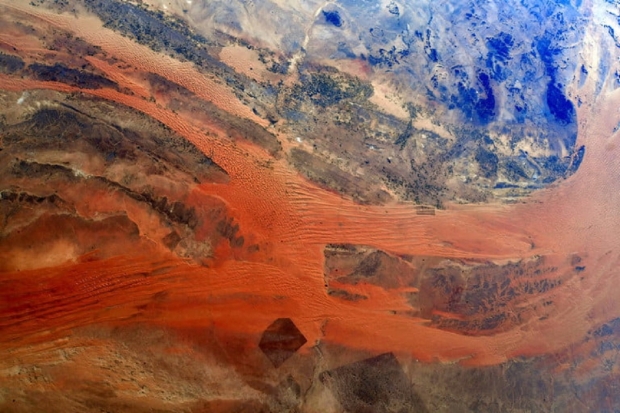