Officials have confirmed that the Sun has released a blast and a solar flare directly towards Earth, impact is expected to occur very soon. 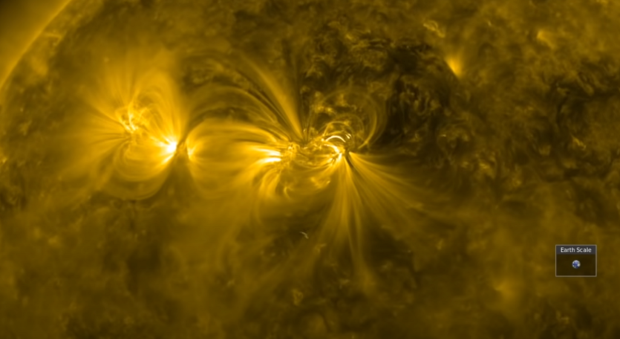 SpaceWeather.com has reported that the National Oceanic and Atmospheric Administration (NOAA) has confirmed that the big sunspot called AR2936 has quadrupled in size over the last two days. Additionally, AR2936 is now facing towards Earth, with NOAA forecasters predicting a 20% chance of an M-class flare hitting Earth and a 5% chance of the more-powerful X-flare.

Now, reports indicate that in the early hours of January 30, a long-duration M1-class solar flare occurred, causing a coronal mass ejection (CME) to be hurled toward Earth. SpaceWeather.com writes that the CME is expected to arrive sometime between February 1-2. Officials forecast that moderate to low-level geomagnetic storms will happen upon impact, which may cause some issues for satellites. More positively, the CME impact can also cause auroras.