NASA has taken to its blog to showcase a spiral galaxy that features a sea of glistening stars blanketed across the galaxy's "face". 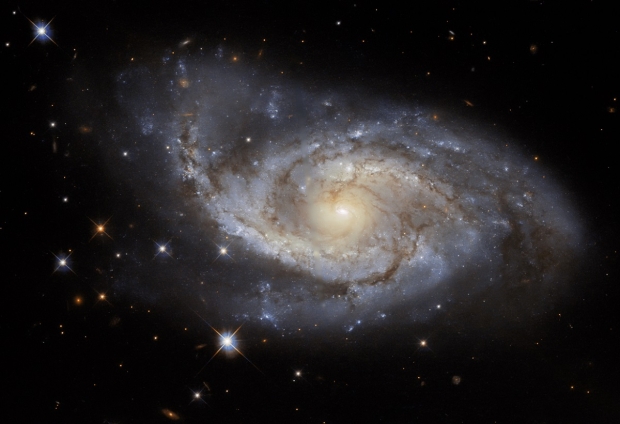 NASA explains that the above spiral galaxy is called NGC 3318 and is located approximately 115 million light-years away from Earth within the constellation Vela. The space agency gives a history lesson on the naming of the constellation Vela, writing that Vela was originally part of a much larger constellation previously called Argo Navis, after the fabled ship in Greek mythology built by gods and the hero Jason to take himself and his Argonauts to Colchis to steal the Golden Fleece.

Due to its immense size and nature Argos Navis, it proved to be "impractically large", and was split into three separate parts referred to as Carina (central line of the hull), Puppis (poop deck), and Vela (sail) - each named after a part of the Argo ship. The renaming of the constellation certainly kept its nautical theme, and as NASA points out, the outer edges of the above galaxy "almost resemble a ship's sails billowing in a gentle breeze."