Amazon has taken to its YouTube channel to drop a teaser trailer and the official name for its highly anticipated Lord of the Ring TV show.

Amazon has begun starting up the hype train by releasing a teaser trailer for its upcoming Lord of the Rings TV show officially called "The Lord of the Rings: The Rings of Power". The teaser trailer doesn't show any footage from the show but does show the forging of one of the rings of power. The voice-over for the teaser should ring a bell as it's one of the most famous passages Tolkien has ever written.

Amazon's upcoming TV show will focus on the Second Age of Tolkien's legendarium and will attempt to unite all of the major stories that occurred during that age; the forging of the rings of power, the rise of the Dark Lord Sauron, the rise and fall of Numenor and the Last Alliance of Elves and Men. Peter Jackson's Lord of the Rings trilogy and The Hobbit trilogy focused on the One Ring carried by Frodo and Bilbo Baggins and only made subtle references to the other rings of power.

The Lord of the Rings: The Rings of Power is expected to take the viewer through the forging of the other rings of power, how they came to be, who they were given to, and how all wearers were deceived by Sauron.

"This is a title that we imagine could live on the spine of a book next to J.R.R. Tolkien's other classics. The Rings of Power unites all the major stories of Middle-earth's Second Age: the forging of the rings, the rise of the Dark Lord Sauron, the epic tale of Numenor, and the Last Alliance of Elves and Men. Until now, audiences have only seen on-screen the story of the One Ring - but before there was one, there were many... and we're excited to share the epic story of them all," said Showrunners J.D. Payne & Patrick McKay.

The Lord of the Rings: The Rings of Power will premiere exclusively on Prime Video on Friday, September 2, 2022. 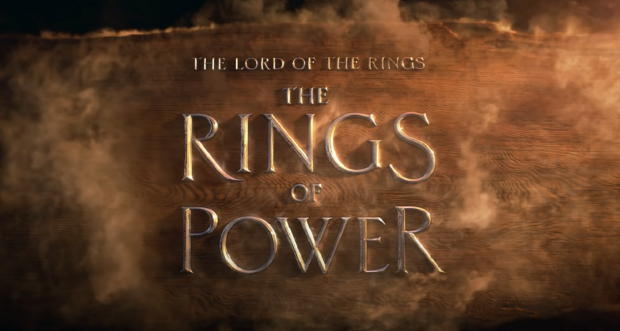