A large underwater volcano eruption recently rocked tonga, and now the power of that eruption has been calculated by NASA researchers. 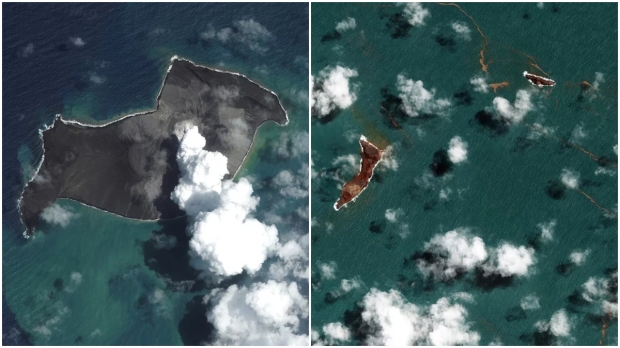 According to a new report by NPR, NASA researchers have estimated that the power generated by the Hunga Tonga-Hunga Ha'apai volcano was equivalent to 10 megatons of TNT exploding. The eruption occurred 40 miles north of the Tonga capital and immediately spawned a large tsunami that has since wiped out the majority of the houses and structures across two islands.

"We come up with a number that's around 10 megatons of TNT equivalent," said James Garvin, the chief scientist at NASA's Goddard Space Flight Center, told NPR. If NASA's estimations are correct, it means the eruption was more than 500 times as powerful as the nuclear bomb that was dropped on Hiroshima, Japan. Michael Poland, a geophysicist with the U.S. Geological Survey, said that the blast from the eruption was heard as far away as Alaska, and that it may be the loudest eruption since 1883.

Tonga has been devastated by this eruption and has described the event as an "unprecedented disaster". Read more on the damage estimates here.