AMD has been enjoying filling computers, consoles, servers, and supercomputers of the world with its various CPU and GPU designs on 7nm thanks to TSMC, while NVIDIA hobbles along with Samsung 8nm... but the floodgates of 5nm are opening later this year. 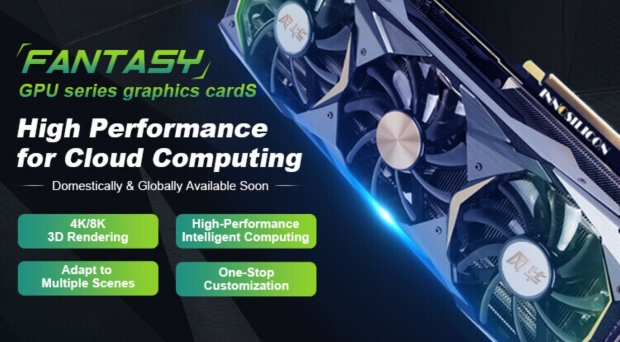 But it looks like we can expect Chinese GPU manufacturers to have both 5nm and 7nm GPU designs on the market sometime in 2022, according to sources of DigiTimes. Their sources said that Innosilicon -- which works with Imagination Technologies IP, Changsha Jingjia Microelectronics, and Biren Technology -- all make GPUs in China.

We've already been reporting on Innosilicon Fantasy One GPU, which the company offers in an impressive dual-GPU design with up to 32GB of GDDR6X memory (16GB per GPU). Performance is only hitting the levels of NVIDIA's previous-gen mid-range GeForce RTX 2070 graphics card. But Intel's upcoming Arc Alchemist is around the corner, and that RTX 2070 level performance is actually opening the door to China competing with Intel this year.

Biren Technology announced its new BR100 GPU in October, and is already being manufactured on TSMC's current 7nm node according to the company... which has no performance data on its BR100.