You know how hard it is to buy not just graphics cards these days, but DDR5 RAM, high-speed SSDs, high-end PSUs, next-gen consoles, and so much more are next to impossible to buy in some countries... and in roll GPU loot boxes. 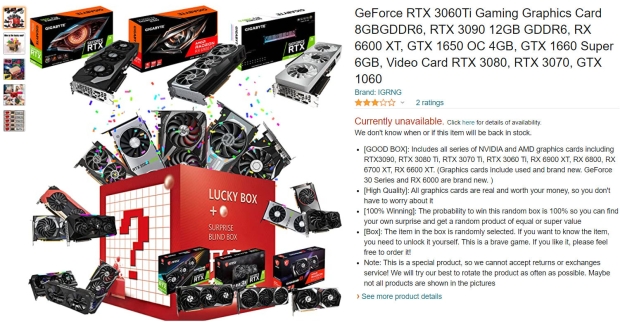 Yeah, you read that right -- a Japanese Amazon reseller is offering customers "mystery boxes" that will include a new, or used graphics card of some description. You will pay $100 for the mystery box, and not know what you're going to buy. You might spend $100 and end up with an older-gen NVIDIA Maxwell-based GPU, or an AMD Radeon RX 300-series GPU.

I would say a large percentage of the GPUs being sold in these "mystery boxes" will be older cards, with a few new cards sprinkled in for the hype. You could also get used mining GPUs that have been crypto-mining for a few years, but that's the gamble you have to decide you're willing to pay. 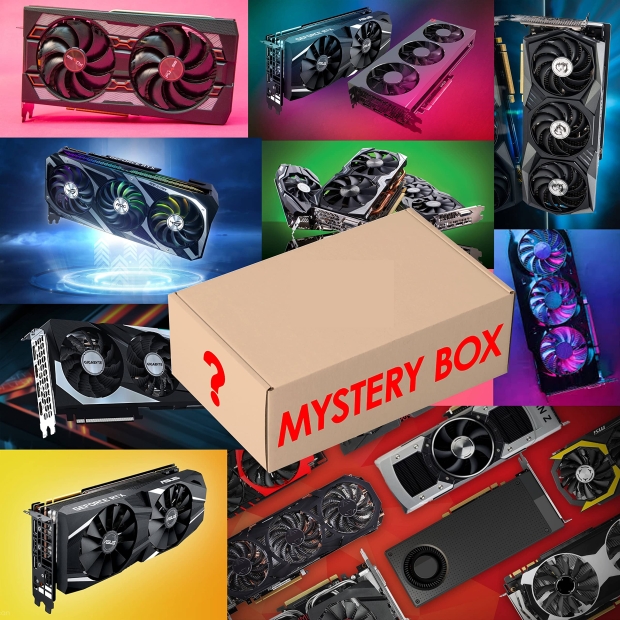 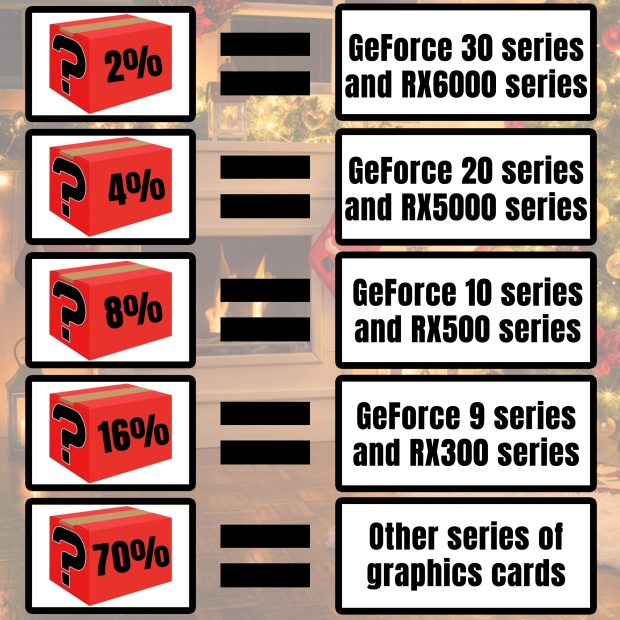 There are no returns, so be careful out there.