NASA has taken to its blog to reveal its plans for removing the unwanted martian pebbles located in a Mars rovers bit carousel (the place where samples are stored). 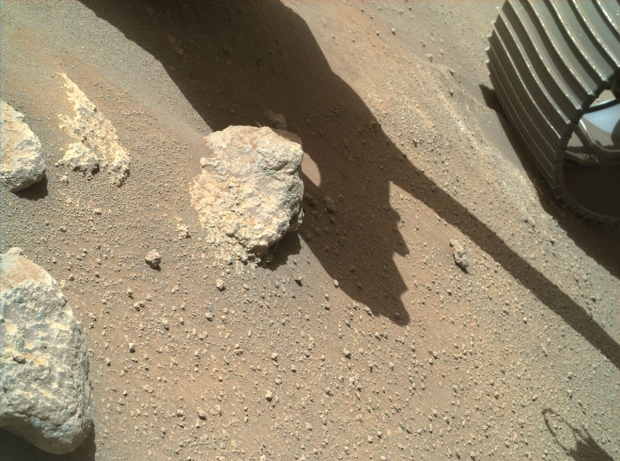 Jennifer Trosper, the Project Manager at NASA's Jet Propulsion Laboratory, has taken to the NASA Science Mars website to outline the agency's plan for removing the debris. Lopez writes that the team has performed a diligent analysis of the carousel and the ground located directly beneath Perseverance, and has sent commands to the rover on January 12 that instruct Perseverance to point the Tube 261 at the floor and release its contents.

Additionally, Lopez writes that the team has also sent up instructions that will command Perseverance to perform two rotation tests of the bit carousel, both the smaller and the larger test will commence over the weekend. The team has instructed the rover to take under-chassis images and expect that the data from the tests and the images will arrive on Earth by January 18.

"With this below-chassis, preliminary imaging, in hand, the team embarked on a maneuver with our robotic arm I never imagined we would perform - ever. Simply put, we are returning the remaining contents of Sample Tube 261 (our latest cored-rock sample) back to its planet of origin. Although this scenario was never designed or planned for prior to launch, it turns out dumping a core from an open tube is a fairly straightforward process (at least during Earth testing). We sent commands up yesterday, and later on today the rover's robotic arm will simply point the open end of the sample tube toward the surface of Mars and let gravity do the rest."

"I imagine your next question is, "Why are you dumping out the contents of the sample tube?" The answer is that, at present, we are not certain how much cored rock continues to reside in Tube 261. And while this rock will never make my holiday card list, the science team really seems to like it. So if our plans go well with our pebble mitigation (see below), we may very well attempt to core "Issole" (the rock from which this sample was taken) again."

"Which brings me to next steps in our pebble mitigation strategy: we're sending up commands to the rover later today, ordering it to do two rotation tests of the bit carousel. These tests (the first, a small rotation; the second, larger) will execute this weekend. Our expectations are that these rotations - and any subsequent pebble movement - will help guide our team, providing them the necessary information on how to proceed. Still, to be thorough, we are also commanding the rover to take a second set of under-chassis images, just in case one or more pebbles happen to pop free."